Some content on this page was disabled on February 3, 2019 as a result of a DMCA takedown notice from Mystical Life Publications. You can learn more about the DMCA here:

Another trip this time to another country, good I hear you say but before I pat myself on the back at our good fortune, I have to mention it’s only to Wales so no need for a passport or even foreign currency. Actually there are no Welsh banknotes in circulation; Bank of England notes are used throughout Wales. The last Welsh banknotes were withdrawn in 1908 upon the closure of the last Welsh bank, the North and South Wales Bank.

This trip was to a music festival near Pwllheli at the Hafan y Môr Holiday Park, but it gave us the chance for the second year running to sample the delights of Snowdonia and the Gwynedd coastline. Even in early March the Welsh landscape can be stunning, mountains dominate but also evident is the mining industry which once dominated the area.

Mining in Wales provided a significant source of income to the economy of Wales throughout the nineteenth century and early twentieth century. It was key to the progression of the Industrial Revolution. The slate industry in Wales began during the Roman period when slate was used to roof the fort at Segontium, now Caernarfon. The slate industry grew slowly until the early 18th century, then expanded rapidly until the late 19th century, at which time the most important slate producing areas were in northwest Wales, including the Penrhyn Quarry near Bethesda, the Dinorwic Quarry near Llanberis, the Nantlle Valley quarries, and Blaenau Ffestiniog, where the slate was mined rather than quarried. Penrhyn and Dinorwig were the two largest slate quarries in the world, and the Oakeley mine at Blaenau Ffestiniog was the largest slate mine in the world. Slate is mainly used for roofing, but is also produced as thicker slab for a variety of uses including flooring, worktops and headstones.

Up to the end of the 18th century, slate was extracted on a small scale by groups of quarrymen who paid a royalty to the landlord, carted slate to the ports, and then shipped it to England, Ireland and sometimes France. Towards the close of the century, the landowners began to operate the quarries themselves, on a larger scale. After the government abolished slate duty in 1831, rapid expansion was propelled by the building of narrow gauge railways to transport the slates to the ports.

The slate industry dominated the economy of north-west Wales during the second half of the 19th century, but was on a much smaller scale elsewhere. In 1898, a work force of 17,000 men produced half a million tons of slate. A bitter industrial dispute at the Penrhyn Quarry between 1900 and 1903 marked the beginning of its decline, and the First World War saw a great reduction in the number of men employed in the industry. The Great Depression and Second World War led to the closure of many smaller quarries, and competition from other roofing materials, particularly tiles, resulted in the closure of most of the larger quarries in the 1960s and 1970s. Slate production continues on a much reduced scale.

Most of the slate mining took and still takes place around Snowdonia National Park (Parc Cenedlaethol Eryri) which was established in 1951. From the coast we could see the mountain range obscured by the rain clouds and the mist but it still was an awesome sight.

More than 26,000 people live within the park, of whom about 62% can speak at least some Welsh. Unusually, Snowdonia National Park has a hole in the middle, around the town of Blaenau Ffestiniog, a slate quarrying centre. This was deliberately excluded from the park when it was set up to allow the development of new light industry to replace the decimated slate industry. The park has 1,479 miles (2,380 km) of public footpaths, 164 miles (264 km) of public bridleways, and 46 miles (74 km) of other public rights of way. A large part of the park is also covered by ‘Right to Roam’ laws.

The park’s natural forests are of the mixed deciduous type, the commonest tree being the Welsh oak. Birch, ash, mountain-ash and hazel are also common. The park also contains some large (planted) coniferous forested areas such as Gwydir Forest near Betws-y-Coed, although some areas, once harvested, are now increasingly being allowed to regrow naturally. 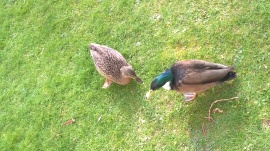 Snowdonia’s importance in the conservation of habitat and wildlife in the region reflects in the fact that nearly 20% of its total area is protected by UK and European law. Rare mammals in the park include otters, polecats, and the feral goat, although the pine marten has not been seen for many years. Rare birds include raven, peregrine, osprey, merlin and the red kite. Another of Snowdonia’s famous inhabitants is the Snowdon or rainbow beetle. Snowdonia is one of the wettest parts of the United Kingdom; Crib Goch in Snowdonia is the wettest spot in the United Kingdom, with an average rainfall of 4,473 millimetres (176.1 inches) a year.

The Welsh coastline as with the Essex coastline, suffers from a great deal of sea erosion and just like on the East coast, granite boulders have been place to halt this decline. Go past Porthmadog (pɔrθˈmadoɡ), known locally as “Port and you reach Harlech.  A song “Men of Harlech” occupies an important place in Welsh national culture. The song gained international recognition when it was featured prominently in the 1964 film Zulu.  “Men of Harlech” or “The March of the Men of Harlech” (in Welsh: Rhyfelgyrch Gwŷr Harlech) is a song and military march which is traditionally said to describe events during the seven-year siege of Harlech Castle between 1461 and 1468.

This trip made us even more eager to visit North Wales again. Hopefully next time we can stay at a naturist campsite, visit Morfa Dyffryn and maybe head to the dunes to the north and south of Newborough, which are also popular with naturists.

Posted by The Activist on March 19, 2015
Posted in: New Freedom. Leave a comment 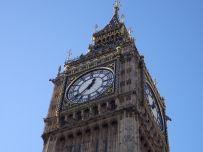 It’s 7.34am on a cloudy Thursday morning and its the day before the eclipse takes place. Yesterday however centre stage was the UK’s chancellor George Osborne giving his final budget before the General Election on May 7th. Politics is for most something they shout and moan about all the time and vote in every now and then, but most people never actually look into manifestos and policies before they vote.

Maybe the manifestos are written in a boring way, maybe the people who explain them do so without using plain English, but the plain simple fact is, many people make up their minds up about who to vote for, by watch the TV or reading the newspaper. I suppose I can count myself amongst these people too or at least I could have done in the past, but with time to read and time to find out, I’ve managed to make up my own mind during the last 5 years.

Voting is, of course, a highly personal decision, but for many they vote for the same party every time regardless of policies, others vote for the party that leads the polls, but the fact is most don’t really know what they are voting for. You really should vote regardless of who you vote for and whether they win.

For some 20 years now it seems as I’ve been voting to get a party out of power as their policies fail and us taxpayers (even the unemployed pay VAT) have to pick up the bill. In Brentwood where I used to live and Chelmsford where I now live Conservatism is rife, unfortunately the chance of getting any other party in power are so slim, you have to look at the whole picture rather than ending up on the winning side. Brentwood has never had a non-Tory MP, Chelmsford’s last non-Tory MP (the only one) was Ernest Millington Common Wealth Party in 1950, so unless you want to vote Tory you have to look to policies and pride yourself with knowing that you’re voting for a party with the right principles.

For me this is the Green Party !

Here’s why and what they say :

What we stand for

Imagine a political system that puts the public first. Imagine an economy that gives everyone their fair share. Imagine a society capable of supporting everyone’s needs. Imagine a planet protected from the threat of climate change now and for the generations to come. That’s the world we want to create and we believe we have the means to do it. By ensuring that everyone has access to a secure job that pays at least the Living Wage we will build an economy that works for the common good, not just the privileged few. By restoring public services to public hands we will ensure they are run in the interests of the people that use them. By investing in renewable energy and reducing our reliance on fossil fuels, we will build a stable and sustainable society that protects our planet from climate change. By building more social rented homes and bringing abandoned buildings back into use we will ensure that everyone has a secure and affordable place to live. Vote Green and you can help us build a society that works for the Common Good.

It’s a shame we live in such a sad world where people go everywhere in metal things with wheels (go for a walk around town and you’ll understand).It’s a shame people value possessions before people. It’s also a shame that people struggle to live while others have so much money they don’t know what to do with it. Believe in people, Believe in our planet, Believe in each other….for the Common Good…..Vote for the Green Party on May 7th. Most of all….”MAKE SURE YOU VOTE”

Shedding clothes and inhibition and sharing how I've adopted a naked lifestyle.

Products, ideas and inspiration for living a thriftier and greener life

The Everyday Life Of An Average Girl

My naked blog, naked body and naked thoughts. This is the story of my adventures, philosophies and explorations while creating skinny dipping guide books.

Get Naked With Joy